After a silent period, DDoS website attacks have not only risen from the slumber but are constantly on the rise. According to a DDoS trends report by Kaspersky, the attacks jumped by 30 percent in the third quarter of 2019 as against the same quarter of the last year. Before we dig further into the reasons why DDoS website attacks have become a trend in the Year 2020, let’s discuss what they actually are and why are they so harmful.

The Distributed Denial-of-Service (DDoS) attacks happen when several systems target a particular server or system by sending unwarranted traffic. Such attacks are aimed at occupying all traffic avenues of the targeted servers, services, or websites and blocking the way for legit traffic. They generally leave the systems or websites unresponsive and a crash becomes imminent in most cases. 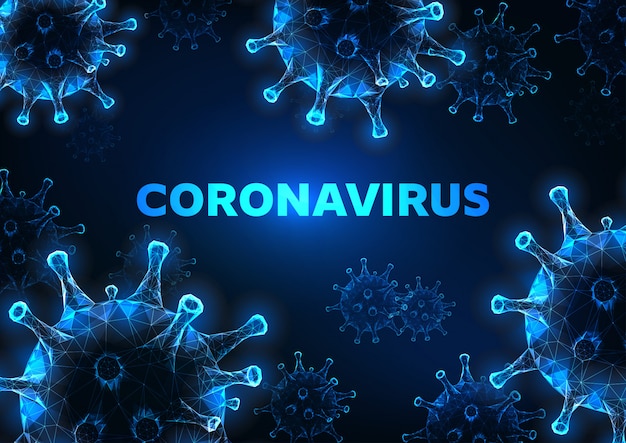 The DDoS trends report mentioned a recent attack against a big European bank, which recorded 809 million packets per second of unwarranted traffic during the abnormal activity. It was more than double than the previous record on the Akamai platform that had reported 1.44 terabits per second attack against an internet service provider just a month ago. As per the other details, the attack was managed from nine different vectors and it maintained its intensity of 1.3 terabits per second for more than an hour. Similarly, Amazon Web Service (AWS) also fell victim to the DDoS website attack in February this year, which saw a record 2.3 terabits per second. The Amazon Web Service said that the latest record was 44 percent severer than its previous strongest ever DDoS attack.

Tom Emmons, the Principal Product Architect at Akamai, said that the biggest discovery from the DDoS trends in 2020 is that the large and sophisticated DDoS website attacks are still a significant attack vector.

Emmons highlighted that most of the DDoS attacks were protocol attacks, which involved SYN flooding. The other two types of DDoS attacks are application attacks and volumetric attacks.

Let’s have a look at some of the leading DDoS trends that have shaped in 2020.

As it appears, DDoS attackers are relishing the global outbreak of the novel coronavirus the most. It can be confirmed by data that the number of DDoS attacks has jumped abnormally ever since the pandemic gripped the world. Experts believe that the pandemic forced companies to get their employees to work from home to avoid human interaction and maintain social distancing protocol. They viewed that not all the organizations paid heed to the basic network security needs while enacting the WFH (work-from-home) protocol. This presented attackers and hackers with an open chance to hit systems across the globe. According to the latest DDoS trends, whether government organizations or educational platforms or even healthcare organizations, DDoS attacks have spared no one.

The Kaspersky’s DDoS trends report highlighted that educational and administrative web resources have found themselves on the receiving end since the rise of the novel coronavirus. According to the DDoS trends report, the DDoS attacks more than tripled during the first quarter of this year alone as against the same period of the last year. As the world embraced the new normal of working from home, the Kaspersky report hinted at an increased number of DDoS attacks on the corporate sector, including VPN gateways. Businesses are required to invest more in the DDoS protected VPS solutions to arrest the DDoS trends.

Another shaping trend in 2020 is the duration of the DDoS attacks, which has expanded like never before. According to a report published by Imperva, the application DDoS attacks are lasting for an increased amount of time. The report highlighted two case studies in June that lasted for five-six days after initiating from up to 28,000 unique IP addresses. The worst targeted sectors were businesses, financial services, and media houses, the report added.

In another major development this year, DDoS website attacks are also taking strength from the botnet-for-hire services. As per a DDoS trends report prepared by the Trend Micro, cybercriminals are aiming to take control of home routers to utilize them for their botnets. The attackers sell access to these botnets, which are later utilized for carrying out the DDoS attacks. These types of attacks are also aimed at anonymizing click fraud, account takeover, and data theft.

Jon Clay, director of Global Threat Communications at Trend Micro, believed that hackers are absolutely aware of the potential insecurity of home-based routers, especially the ones that have default credentials. This belief has led to an increased amount of DDoS attacks, and that too on a large scale, he added.

Home users are at loss in this scenario. They lose their bandwidth and face a slowdown in the network activities. On the other hand, businesses are living in a more dangerous world since such attacks totally destroy a website, which has been witnessed in the recent high-profile cases.

Recent studies have discovered that small and medium businesses are exposed to DDoS attacks more than any other type of business. The main reason behind their exposure to these attempts is their weaker security layers and protocols.

The Rise of Hit-and-Run DDoS

The Hit-and-Run DDoS or burst attacks are the most unpredictable ones. Such attacks last for only a few seconds but they keep coming back at the targets, which makes them unpredictable and lethal DDoS attacks. It becomes hard for businesses and organizations to deal with burst attacks because before they respond to the attacks, they are gone already. You can’t predict them because they keep changing their duration and frequency.

The best way to deal with the burst attacks is to wait for the next wave of hit-and-run attacks. You have to catch them in the middle of their activity and this is the only way to mitigate them. The network security officials will have to be proactive and require intelligence in real-time before setting the filters to safeguard the network against burst attacks in the future.

Hackers and attackers are always on the lookout for new ways to disrupt their targets. In the recent DDoS trends, the attackers have started tracking additional components of their previous network attempts that happened within the last couple of years. They use merging the DDoS website attacks with the past to magnify their monetary gains and enhance the destruction quotient of the attacks.

This particular technique has made the jobs of probers a lot more difficult. In the past, it was easier to track and identify attacks. However, the merge of DDoS attacks with the past attacks allows hackers to easily steal the information and sell it on the dark web. Experts believe that attackers are leveraging many factors, variables, etc. to further up their game.

DDoS website attacks used to utilize volumetric network flows to cause massive disruptions in services. Even a single gigabit of uplink in the data center was enough to disrupt the network to the core. However, with time, the world started moving to cloud technology, considering it a safer option. Hackers also tweaked their art in the meanwhile to swamp the cloud servers with artificial network traffic. This led to the rise of network-based attacks since the infrastructure-centric approach didn’t work for them on cloud technology. They are targeting cloud-based servers with disruption of the web traffic on applications, which has emerged as one of the major DDoS trends in 2020.

Servers More Exposed than Ever

Global businesses and enterprises shifted to the User Datagram Protocol (UDP) in search of improved user experience. They set back-end web servers online, which actually left the door ajar for the attackers to find their way into the system. They don’t even have to write malicious codes to gain unwarranted access to data. As a matter of fact, the situation has left about 100,000 servers exposed and turned them into sitting ducks. Hackers can easily gain access to these servers, and that too without much effort.

Now, let’s have a look at some of the jaw-dropping DDoS trends and statistics.

DDoS Attacks to double by 2023

The Cisco Visual Networking Index (VNI) has projected that the total number of DDoS attacks are likely to double at 14.5 million by the Year 2023.

The world is making a shift towards artificial-intelligence-based solutions. We have already witnessed a number of next-generation applications that have shaped business models. The bigger reliance on artificial intelligence and machine learning will be a double-edged sword as it can work both ways. It can either completely safeguard networks or fully expose them to the perpetrators. The DDoS trends show that home-based users are also likely to face the music due to the lack of security layers in the AI-based devices.

DDoS Attacks Form up to 25% of US Internet Traffic

While Cisco highlighted the rise of DDoS attacks in both size and volume since the FBI action against the largest DDoS-for-hire-websites in December 2018, another report discovered a dominant threat. According to a report published at CybercrimeMagazine, DDoS attacks have emerged as the most lethal threat to a majority of service providers. The report mentioned that the DDoS website attacks can form up to one-fourth of the total internet traffic of the United States.

China and the US are the main DDoS Targets

The report prepared by Kaspersky found out that the United States and China are the two biggest or major targets of DDoS website attacks. There were more high-profile sophisticated DDoS attacks in the second quarter of 2019 than the previous quarter. During Q2 2019, China received 63.8 percent of the total DDoS website attacks whereas the US received 17.5 percent of these attacks.

According to a press release by Gartner, Inc., the world will have 20.4 billion Internet of Things (IoT) devices by the end of 2020. In one way, it is a promising and positive trend that will lead to better security and improved services to the consumers. However, on the other hand, it sheds light on a grave situation. Most of the IoT devices, including internet-connected devices such as refrigerators, thermostats, or baby monitors, don’t really offer top-notch IT security protocols. This lack of cybersecurity exposes them to the dangers of hacking, DDoS website attacks, and eavesdropping attacks.

According to an estimation by Markets-and-Markets, the DDoS protection market is set to almost double to 4.7 billion U.S. dollars by the end of the Year 2024. The DDoS mitigation market was valued at 2.4 billion U.S. dollars in 2019. This is around 14 percent of the annual growth rate that shows how companies are more ready than ever to spend money on security and protection of their data and information.

It is about time that the world gets ready to tackle the threat of DDoS website attacks. The average cost of a DDoS attack ranges between 20-40k USD per hour and it can cost small and medium businesses harder than anyone can imagine. Therefore, enterprises should pay more attention to the latest DDoS trends and fortify their network security protocols so that they don’t lose their precious data and information to hackers and spammers.

The situation is far more demanding in the wake of the pandemic where people are mostly working from home. There is no distant end to the COVID-19, which means companies will continue to have their workers perform duties from the premises of their homes. However, any inactivity in the establishment and provision of proper security protocols to employees can put businesses in dire straits. It is always a great idea to keep a close look at the developing trends and keep working in the right direction to put a lid on the rising threat of DDoS website attacks. Businesses can invest in DDoS protected VPS and virtual dedicated servers to ensure the security of their systems and networks.